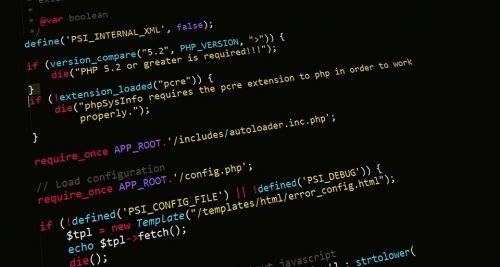 PHP 5.6 was released August 14, 2014 with end of support scheduled for December 31, 2018. As readers know, many sites rely on this version (or slightly older versions).

The main features of PHP 5.6 included:

For those who need more information about this version, we recommend this link.

Each release branch of PHP is fully supported for two years from its initial stable release. During this period, bugs and security issues that have been reported are fixed and are released in regular point releases.

After this two year period of active support, each branch is then supported for an additional year for critical security issues only. Releases during this period are made on an as-needed basis: there may be multiple point releases, or none, depending on the number of reports.

Once the three years of support are completed, the branch reaches its end of life and is no longer supported. A table of end of life branches is available.

Here are the currently supported versions of PHP. Keep in mind that PHP 7.1 was released roughly 2 years ago. Unfortunately, many sites have still not upgraded to PHP 7. This will become more of an issue after December 31, 2018.

WHY UPGRADE TO PHP 7?

After over a decade without any major upgrades to the language, PHP 7 made its debut in December 2015. Since this upgrade brings so many significant changes after such a long time, the process of adapting to it can be intimidating.

However, there are quite a few reasons to switch over to PHP 7, particularly if you use WordPress. The minimum PHP requirements for WordPress core have increased, and many plugins and themes may soon become incompatible with older versions of PHP. Meanwhile, those past versions will not continue to receive security fixes forever, which could leave your site exposed to hackers.

Making the switch to PHP 7 is essential. At the same time, there are a few issues to watch out for during the process, such as non-compatible scripts. In this article, we’ll show you how to handle the upgrade to receive the best possible results.

HOW TO UPGRADE TO PHP 7

This link has more information regarding a PHP upgrade for WordPress along with how to check compatibility issues.

What are the implications of doing a PHP upgrade?

When PHP is updated, it may break systems that relied on old or no longer supported features.  Existing themes, plugins, or modules may be incompatible with a PHP upgrade. To offset this risk, the best practice is to test the PHP update on a copy of your site (we recognize WordPress powers roughly 30% of web sites these days, but any site running older versions of PHP should be upgraded, regardless of the content management system or other application used). This initial testing allows developers to identify problems and test fixes before the update is made on your live site. Major hosting platforms like Pantheon and Acquia will automatically update applications that run on end-of-life versions. These automatic updates are a good safety measure but can break organizations’ sites unintentionally. Budget hosting platforms may continue to let organizations run end-of-life versions of PHP, leaving site owners unaware that their infrastructure is now vulnerable.

We found this article Ending the Year with a PHP Update contains a lot of useful information on why we need to do a PHP update and implications of doing this PHP upgrade.

For more information, we recommend

PHP is the programming language in which many common web applications are written – for example, Drupal, WordPress, and Joomla! PHP is the underlying framework for these content management systems. By the end of 2018, older versions of PHP (5.6 and 7.0) will officially be end-of-life and will stop receiving active security support.

The PHP team provides three years of support to major versions. This support includes fixes for bugs and security issues; however, at the end of three years, security patches will stop being released. These older PHP versions are then marked “end-of-life”.

In this case, PHP 5.6 and 7.0 are end-of-life on December 31, 2018, and December 3, 2018, respectively.) Continuing to run an end-of-life version is extremely risky and leaves a web server vulnerable to malicious scripts, malware, data breaches, etc. Although exploits to WordPress and Drupal – and their plugins and modules – get more media coverage, PHP vulnerabilities can be just as serious. Web Professionals should aware of these changes in the PHP.

Now is the time to confirm your site is running a newer version of PHP. We are always interested in your thoughts and look forward to your comments.

We encourage members (and non-members) check out our social media channels. If you aspire to be a web professional and don’t know where to start, we offer a number of beginning classes to our members via our School Of Web learning management system. As a member, your first class is free.